I spent my Friday at Second Home in Shoreditch and had a blast.  If you don’t know what it is, Second Home is a WeWork’esque collaborative office space in London’s Shoreditch district.  Over 1,000 plants fed by “advanced Hydroponics,” a coffee bar, and a whole lot of hipsters spread over 2,000+ sqm lead to a pretty unique experience that I haven’t seen anywhere else.  Let’s face it… everyone from the Head of Marketing to the IT analyst would love a crack at working somewhere unique, so I thought I’d give it a shot.

Hipster art across the street lending to the vibe 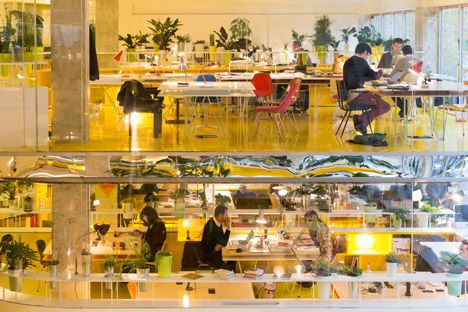 They currently have one location in Shoreditch, another opening this month in Lisboa at the Timeout Market (awesome choice), and “coming soon” locations in Holland Park and London Fields.

I don’t want to sound too bullish, I’m naturally skeptical of collaborative spaces and how they fit into corporate culture….. but there is a unique value proposition that even big corporates should explore and see how it fits in with their culture.

I heard this phrase earlier this year from a futurist who spoke at a Corenet conference and have latched on.  During my time at Second Home I met a group who were evaluating the trends of CRE in the coming years, a group of architects who were working on the new Google building at King’s Cross, a sustainability expert, as well as a barista who spoke three languages.  You walk through the halls and see collisions being made in the hallways and over coffee, which is the goal of nearly every CRE team across the globe.

I walked in and the first thing that crossed my mind was…. “yikes.”  Paint peeling off the walls, cheap window partition materials that look like they haven’t had TLC since…. ever. Initially I thought it was a cheap build that was simply capitalizing off of the buzz from Shoreditch and uniqueness in the London market, AKA prepare to be pushed out by bigger/better… but after a tour of the space and an hour of wandering, the organic nature of it grew on me.

Dedicated workstations are 350 GBP per month, workstations in the common space are less (I think around 200ish GBP).  Free coffee and water are included.  I spend that much at Starbucks each month, hence it’s a cost savings for me to rent a spot just to hang out.

Big or small, it doesn’t matter.  The design of the space levels the playing field.  You can be a big corporate taking desks or a one-man start-up looking for a place to get away from your screaming toddler… the design is the design… and you simply fit-in.

But they clearly do… Currently the shoreditch location spans across three floors and thousands of sq ft.  Rent in that area, off Brick Lane and near Spitafields, isn’t cheap and word is that they spent 150 GBP/psft renovating the space.

Companies prove over and over that having a mission that people relate to leads to increased business as well as dedication from employees and customers alike.  The founder’s clearly are involved in charities around the globe and have a “doing-good” mission that resonates.  You can see images on the walls throughout the offices, lending a feeling that the office is part of something bigger.

Whether you work for a start-up or a big corporate… I can’t imagine more than five scenarios where you would want to move into the white box of Regus (and 4 of them involve accountants/consultants who need to lock themselves away from society to complete audits).   Regus has literally become the Kodak of serviced offices… because we all know people aren’t interested in digital cameras and love taking their film into camera shops to be developed for 10 bucks a roll.

You want employees to have experiences like this.  I want to build sites that achieve this goal and have the same excitement that this crew has managed to pull together.  So… well done. Save a spot at that table that lowers from the ceiling for me.